Circle In The Square Theatre Information 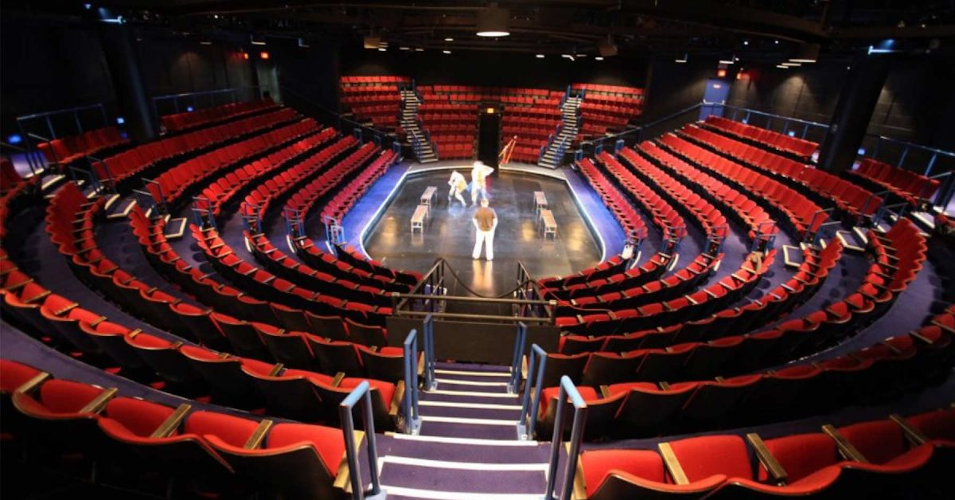 Circle in the Square Theatre was originally founded in 1951 before it moved to its new location on 50th Street in 1972. At the time, it was the first new Broadway theatre in the city in fifty years. The theatre included seating that could be modified for three or four sides with a maximum capacity of 600. The theatre was a low-pressure venue due to its focus on being a non-profit, allowing some of the country’s best actors to take on demanding or experimental roles without commercial pressure.  Circle had the goal of allowing artists and creators to make bold choices that explored possibilities that weren’t commonplace at the time. This helped Circle find a place for audience members and directors because they had a venue where they could create and view material that wouldn’t see production anywhere else.

Over its lifetime, Circle has produced over 150 productions and earned a reputation for their presentations of Bellow, Capote, Moliere, Shakespeare, and many others. Arguably, their most influential productions included O’Neill’s THE ICEMAN COMETH and HUGHIE. The theatre’s atmosphere of producing challenging and entertaining material that wouldn’t see production anywhere else also led to New York premieres of works including Weller’s Loose Ends and plays specifically written for Circle including McNally-Melfi-Horowitz’s MORNING, NOON AND NIGHT. These unique productions and rich focus on challenging work drew in several famous actors and directors across Circle’s existence. These include actors Peter Falk, Jason Robards, John Malkovich, Rip Torn, as well as directors, David Saint, Theodore Mann, and William Ball.

It could be said that even after the theatre closed as a producing entity in 19987, it remained an important pillar on Broadway, hosting productions that still stay true to the theatre’s mission and vision.

See the below pages for further information on the Circle In The Square Theatre:

Ticket Policies:
Read about the industry leading ticket guarantee and ticket authenticity policies when purchasing from tickets via this website.